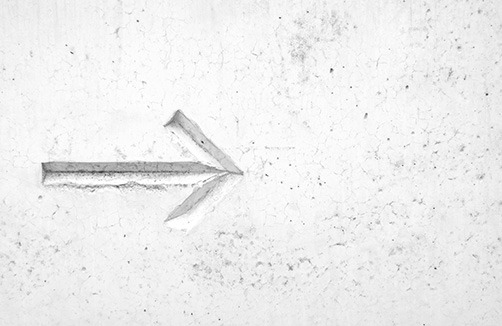 In this series, we frame our journey for the success of both business and society in the context of a new, four-pillar model of Corporate Social Innovation. 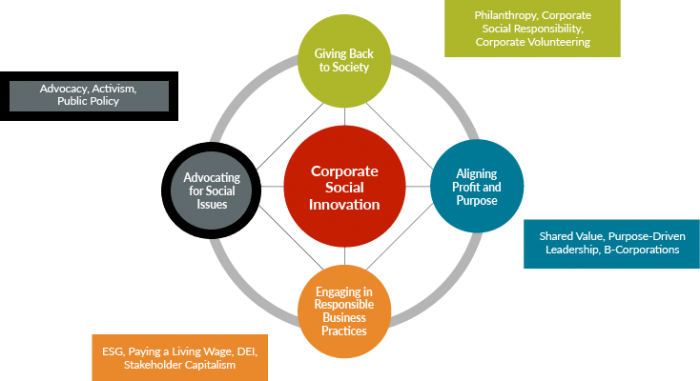 Advocacy on Social Issues: when a firm engages appropriately on policy, government, and social issues

We may be at a watershed moment as more and more corporate CEOs like Tim Cook of Apple, Marc Benioff of Salesforce, and Brian Moynihan of Bank of America take public stands on a wide range of issues, including ones that go well beyond business. As Moynihan told the Wall St. Journal, “Our jobs as CEOs now include driving what we think is right.” And as Benioff said in Time, “Today CEOs need to stand up not just for their shareholders, but their employees, their customers, their partners, the community, the environment, schools, everybody.”

In the past year, we have witnessed a tremendous outpouring of heartfelt corporate activism in the aftermath of the murder of George Floyd and the resulting Black Lives Matter movement. We have seen vociferous reactions to efforts to restrict voting rights and LGBTQ rights in the United States, and passionate responses (on both sides) to immigration reform, initiatives to support gun control, mitigate climate change, and decriminalize marijuana, to name a few. There is also a growing generational divide, with Millennials and Gen Z tending to be more concerned about the social impact of their employers. The younger generation is much more willing than their elders to express their concerns not only through words but also through their decisions about who they want to work for, and even whose products they want to purchase.

Buttressed by employees, particularly Millennials, who believe CEOs have a responsibility to take a stand on social and political issues, several trends are driving this increase. Topping this list of drivers is an increasing expectation that companies will be purpose-driven and true to their missions, a renewed search for recruiting and retaining scarce talent, the ubiquity of technology and social media, and in general, a greater acceptance of social activism. Moreover, Christian Sutherland-Wong, CEO of Glassdoor, calls technology a ‘force multiplier’ as it has shifted power from the company or employer to the employee, with digital media helping to drive both transparency and democratization of the workplace.

Hambrick & Wowack defined corporate activism as “public expression of a stance on some matter of current social or political debate, with the primary aims of visibly weighing in on the issue and influencing opinions in the espoused direction.”

Today, what we may call “rightful advocacy” on social issues is a hallmark of successful socially innovative companies. These organizations effectively shape solutions on issues often going beyond their industry; frequently, they are also highly skilled at partnership initiatives and appropriate activism. An example of collective action is when 14 CEOs of major food companies, including Mars, General Mills, Unilever, Danone Dairy North America, et al., cosigned an open letter calling on government leaders to address climate change meaningfully.

So what exactly is “appropriate” activism?

We also need to consider what’s called the “Stakeholder Commitment Paradox.” Does a company’s commitment to its core values change depending on where it is marketing its products? Aharon Cohen Mohliver from the London Business School shared a great example about various companies’ “unwavering” support for Pride month and LGBTQ –including Mercedes Benz, BMW, Cisco and Lenovo -- evidenced by their posting the Pride flag on their logo during Pride month. The notable exception was when it came to doing business in the Middle East, where no Pride flag was shown. When asked about this, one company said that they don’t publicize their support for LGBTQ in certain countries primarily because of safety reasons. They said that putting the Pride flag on their products might put their employees and associates in harm’s way. In contrast, genuine companies, such as Patagonia, hold true to their values regardless of where they are doing business.

What leads firms to engage in corporate activism? Doing well by being controversial?

The key point is that activism often is done simply because exploiting controversies is a relatively inexpensive way to draw attention to the company (Academy of Management). Another reason companies engage in corporate activism, at least in the United States, is that they feel pressure, both externally and internally, to step in where the government has failed to act. Because of political polarization, there has been a diminution in the perceived likelihood that the government will take pro-social action on important social issues, sometimes requiring business activism to enact such policies. Addressing climate change is a great example of this where many companies stepped in to fill the void when President Trump pulled out of the Paris Agreement.

What impact does corporate activism have on stakeholder and firm outcomes?

Research has only recently begun to look at the effects of communicating stands on social-political issues, such as the influence of CEO activism on public attitudes, consumers’ intent to purchase, and more. Recently, Columbia University business professor Vanessa Burbano studied the impact of employers communicating a stance about a social-political issue on employee motivation. Interestingly, she found an asymmetric effect of taking a stance depending on whether the employee agrees or disagrees with the stance. Specifically, the stance was demotivating if the employee disagreed but did not affect motivation if the employee agreed.

Interestingly, another study found that CEO activism influences purchase intent in both a positive and negative direction. While 40% of survey respondents indicated they would be more likely to buy goods from a company if they agreed with the CEO’s position, 45% said they’d be less likely to buy from the company if they disagreed with the CEO’s views.

The critical thing to note here in my view is the importance of doing everything possible to maximize the congruence between employees’ values and the company’s values and stances on various issues. Put simply: employees will be more favorable and put in more effort to the extent that their values match those of their employers. Extensive research has found that value congruence positively influences many dimensions of  employee well-being. This includes employees’ creativity, attitudes toward the job and their employer, organizational citizenship behavior, support for the organization’s goals, and willingness to put in extra effort on the job, resulting in higher productivity and better job performance overall.

The Summer 2021 issue of HR People & Strategy, published by SHRM’s Executive Network of HR leaders, is devoted to the topic of “Employee Activism: Voice or Choice.” At Microsoft, Letty Cherry, General Manager, Global Employee and Executive Communications, wrote about the most important skill: “Learning to Listen.”

“Employees are passionate about pressing global issues, and they not only hope that employers will join them—they demand it.” And it all starts with listening. “We must first provide opportunities to voice concerns or feedback, then address what we hear and follow up, even if the topics they raise aren’t directly related to the business itself.” And if you ignore employee demands, Cherry says it can hurt your recruitment efforts, worker productivity, even stock performance, and your bottom line. On the other hand, Cherry says, “When done well, this kind of employee engagement can be a powerful unifying force,” building a bedrock of trust between leaders and employees.

An example is Microsoft’s response to combating climate change and how the company addresses environmental sustainability issues, which its employees are extremely concerned about and ask how they can help. The process starts with listening… then acting purposefully. For example, Microsoft sends daily pulse surveys to samples of employees to solicit direct feedback on a range of issues, as well as following trends on what’s happening geopolitically. The company responded to employees’ concerns by establishing three primary goals for 2030: become water positive, carbon-negative, and waste free. “A thoughtful, structured approach entails identifying a key issue, developing a coordinated response, taking decisive action, and communicating results,” says Cherry.

Another example is Microsoft’s Racial Equity Initiative, also the result of employee feedback, which represents the company’s commitment to help address systemic racism and make Microsoft more equitable for all. The commitment is not just talk, as it was backed up by “investing $150 million in diversity and inclusion; pledging to double the number of Black and African American people managers, senior individual contributors, and senior leaders in the United States by 2025,” and more.

Themes of social justice and the importance of diversity, equity and inclusion in the workplace are increasingly showing up on employee reviews posted on Glassdoor. Employees want to hear what their employer is saying and doing about these issues, reinforcing the belief that companies may be in the best position to bring about broad, systemic change. “The point is that CEOs need to act not just as business leaders, but as community leaders as well,” says Sutherland-Wong. “People expect companies to take a stand.” Another Glassdoor survey found that 81% of professionals between 18-34 expect their companies to take a stand on social issues and to follow through, specifically citing volunteerism and philanthropy as ways to do so.

Sutherland-Wong pointed out that of the almost $12 billion donations that supported movements into racial equity, more than $8 billion came from corporations, showing the “outsized influence that corporations can potentially have on these issues, and that employees require their employers to make a difference.”

There are many benefits corporations and society can accrue by encouraging employees’ voices to be heard, truly listening, and letting employees guide important social issues. By so doing, companies can get out ahead of potential protests and respond thoughtfully and prospectively to controversies, rather than waiting and only responding to a social media storm, a boycott, or worse. Used wisely and appropriately, innovative companies’ stances on social issues can positively affect their ability to recruit much-needed talent, enhance employee engagement and well-being, and generate creativity and innovation in their workforce. And from a societal perspective, companies can work side-by-side with the government and NGOs to help address some of the most intractable problems facing humanity today.